The arrival of PLAYERUNKNOWN’S BATTLEGROUNDS to mobile devices is nothing but great news. Nowadays few people doubt that games for smartphones and tablets are hugely important, and big releases like this reinforce that fact. PUBG Mobile pulls together all kinds of players, so we thought we’d help by providing some tips to dominating the Battle Royale. This list of essential tips to surviving in PLAYERUNKNOWN’S BATTLEGROUNDS will help you through your first few matches. And you know the goal: Winner, winner, chicken dinner!

As simple as it sounds, choosing the right landing zone is one of the most important parts of PUBG. You’ll need to land in an area with buildings to find weapons and other equipment quickly, but you’ll want to stay away from the obvious areas. Luck plays a role, since you can never know where other players are going to land, but you can choose certain areas that will give you a good start. There’s nothing like starting with the right foot forward. 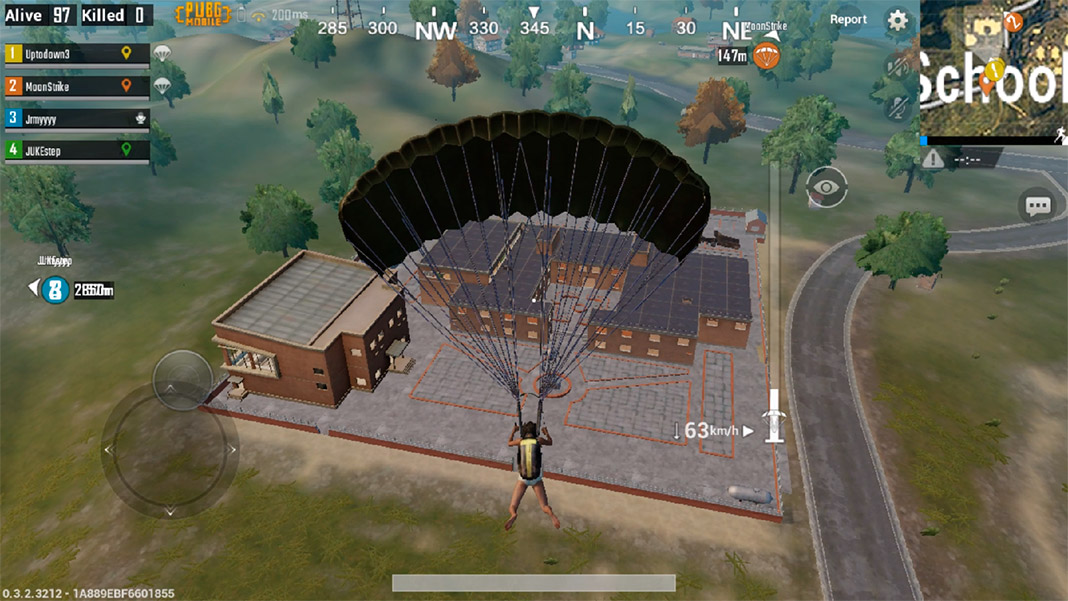 Grab everything you can at the start

Ok, another obvious point. Grabbing items is essential at the start of each match, and you should always keep that in mind. Since it’s so easy to die at the start of the game, the best thing to do is simply to grab everything in your path. Later on you’ll have time to carefully choose your kit, but early on you shouldn’t be picky. Turning on auto-loot is always a good option.

Close the door behind you

PLAYERUNKNOWN’S BATTLEGROUNDS is a game where stealth is key. You don’t need to become Solid Snake, but you should at least close all of the doors that you open. It’s the best way to hide from possible enemies and catch people off guard. Plus, this will make you more caution when entering buildings yourself.

If stealth is fundamental, so is a healthy dose of patience. Pulling a Rambo will get you killed quickly, so you have to take it slow. You shouldn’t forget that there are 100 players on the battlefield, and being bold is more likely than not to end poorly. That patience is even more crucial while staring down the scope of a sniper rifle. 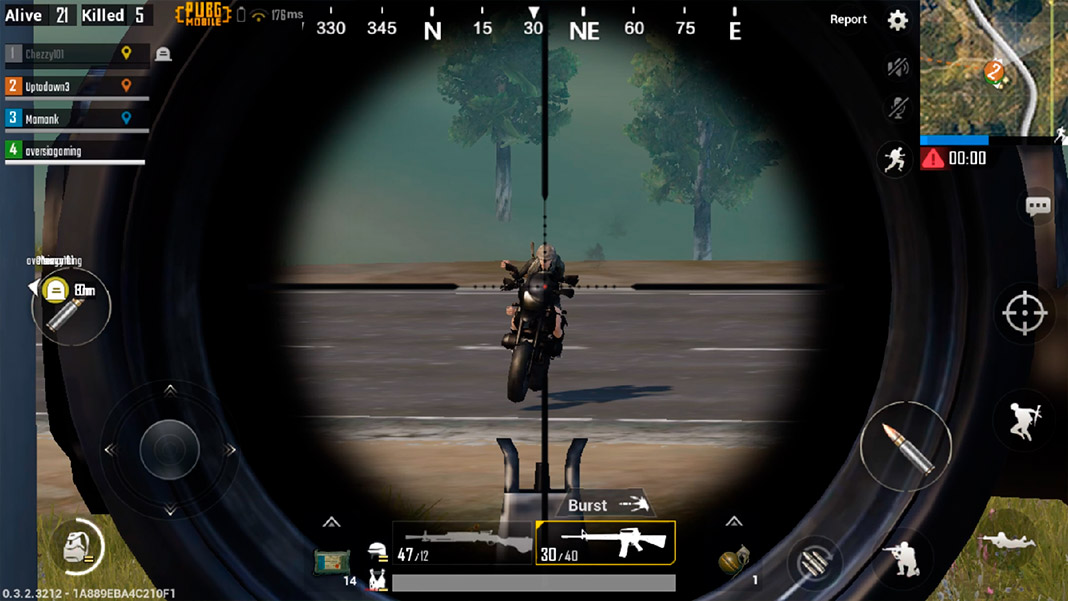 Vehicles in PUBG aren’t vital to winning matches, but they will definitely make your life easier. Covering great distances on foot is sometimes impossible when time is running out and the toxic gas is right on your heels. Having a vehicle nearby can keep you from dying a stupid death.

Keep an eye on the map

You need to train your eyes to never lose sight of the map at the top right of the screen. The map is one of the most useful tools in PUBG Mobile since you can see where someone is shooting from. You have to be vigilant, seek cover, and peek out to take down your prey.

It can be overwhelming to keep track of all of the information that appears on the screen of your device. PUBG Mobile is a game filled with actions that you have to choose from, and sometimes your left thumb just can’t take it any more. Give it a rest by turning on automatic running. You just have to long press on the screen for a few seconds in a certain direction. Then you can concentrate on more important tasks, like trying to stay alive. If you want to stop, you just have to touch the movement panel again.

Try to find both long and short range weapons

If you’ve managed to hang on to your life for several minutes, the first thing you should do is pat yourself on the back. It isn’t easy to survive in a battle between 100 people, so kudos to you for doing it. After that you should concentrate on finding the right equipment, including both long and short range weapons so you’re ready to defend yourself in any situation and stay alive for even longer. 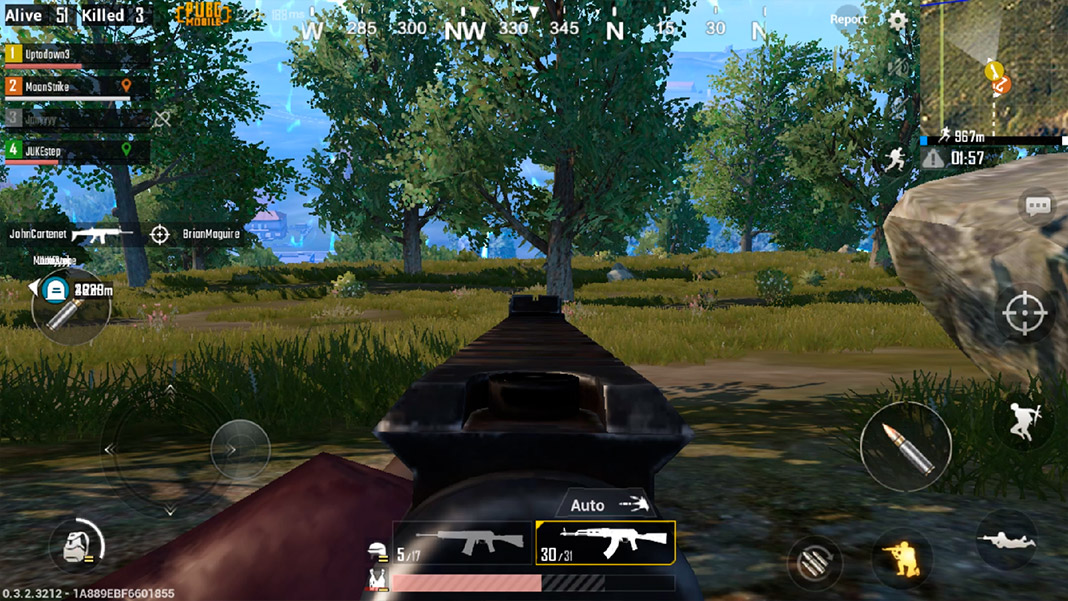 Don’t get knocked out for supplies

When you see an airplane flying through the sky and your equipment isn’t great, it can seem like a shining beacon of hope. But never get your hopes up in PUBG Mobile. A supply drop can be a risk too big to take. It’s very likely that there are other players waiting to see if someone goes running for that gift from the sky, so you need to be extra cautious. Take a moment and be patient until you are absolutely sure that you’re alone in the area. The red smoke is an attractive target for other players searching for an easy kill. Or for you, if you wait behind a rock to take down some innocent schmuck. 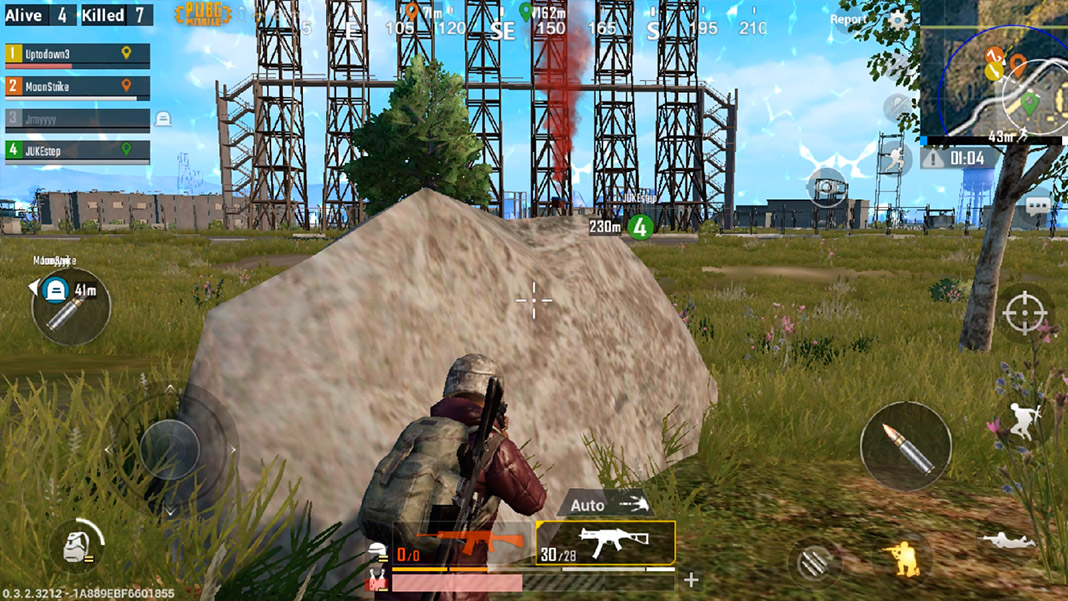 Move and shoot at the same time

If you get into a firefight, it isn’t always wise to stop moving to try to land a headshot on your foe. One tip to keep in mind when fighting, especially at close range, is to move and shoot at the same time. The mobile version of PLAYERUNKNOWN’S BATTLEGROUNDS isn’t as precise as the PC version, and many players take that as an invitation to play aggressively. Moving non stop can be the key to surviving the encounter.

Gameplay in PUBG Mobile is based around the play zone that grows smaller and smaller as the minutes pass. Instead of panicking and running to the middle of the next circle where the action is at, often it’s better to keep to the edges. That way you’ll have a better chance of passing unnoticed, and it gives you the opportunity to shoot at the careless players that rush to the circle as quickly as possible.

Obviously players want to enjoy PUBG Mobile on the highest settings possible, but better graphics can get you killed if you’re not playing on a high end device. You need to prioritize smooth gameplay in order to prevent becoming a bullet ridden corpse. Fortunately, there are extensive graphics settings in PUBG Mobile so you can choose the ones that work best on your device. 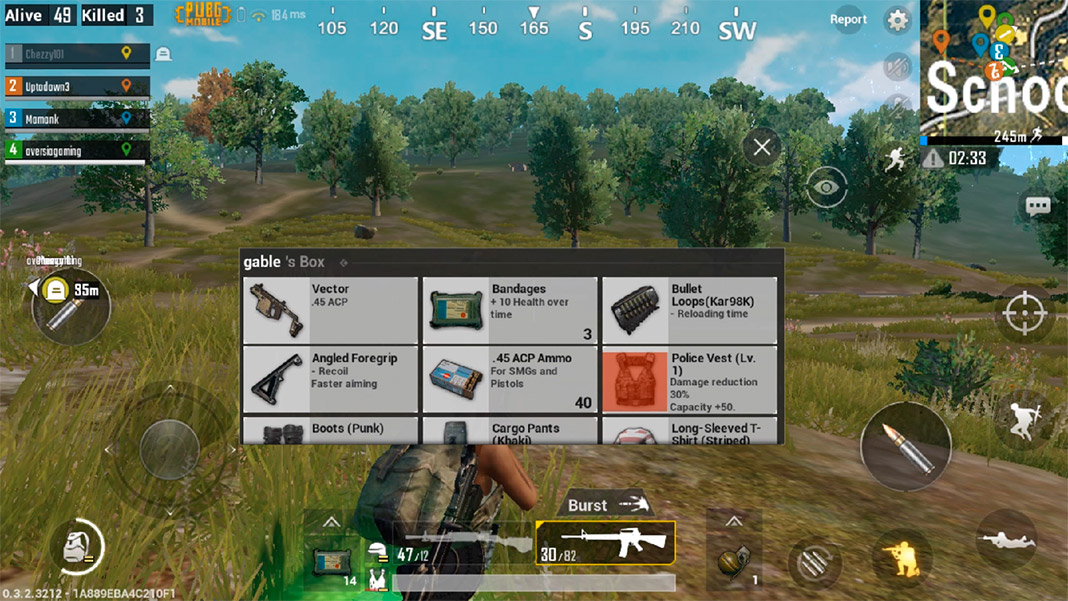 Be a team player when playing squads

We’ll close out the list with something trivial, but that not everyone seems to keep in mind. If you’re playing in squads, it’s silly to play the same way you would if you were running solo. Communicating with your team is fundamental to making it all the way to the end of the match. That should start with a pre-planned landing zone and continue with coordinated advances against enemy squads. If you’re not able to change to that mindset, the best thing to do is to continue playing solo. 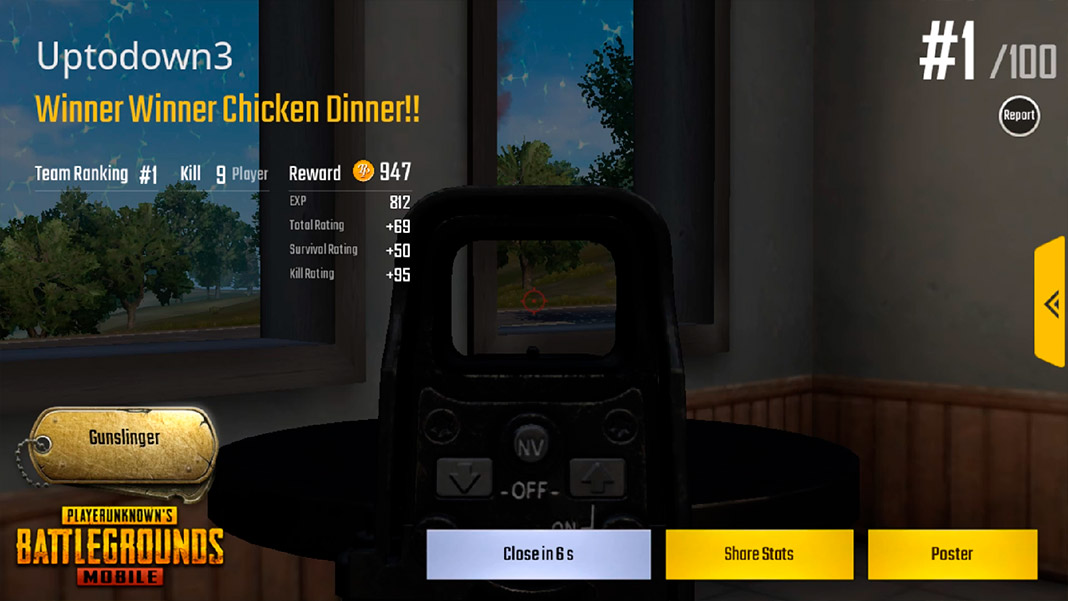