1. Max
The newcomer tanker can be a mainstay for the team to win. The thing is, his special abilities make him a little different than most Tank heroes. Max has attack power and fairly high mobility for a Tank hero. This also makes it an unexpected help when a friend's hero gets hit. Not to mention the skill Ulti that can make him fly around the map. Pretty helpful to track the whereabouts of enemy heroes. 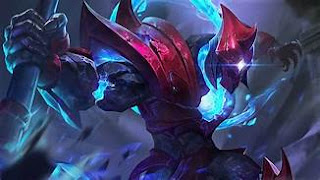 The new hero is made strong so that AOV players are interested in buying it. However, that does not mean he has no weaknesses. Just like most other Tank heroes, Max will be troubled by the Marksman or Mage hero who already has good items. Especially if Marksman or Mage hero users are good at kiting. Once hooked, you'll be an easy target because Max doesn't have a good escape mechanism without using Ulti skills. 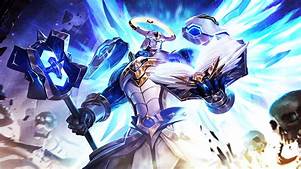 source image: bigetron.gg
Like a loyal girlfriend, Xeniel is a Tank hero who is ready to protect you wherever you are. The teleportation ability of his Ulti skill makes him reliable in the team fight. This can also make it a 'beating' carry without having to kill the enemy. If it no longer protects the enemy, he can also become a pusher who is capable enough to demolish enemy towers. He also has a skill called Divine Protection which is capable of providing damage to enemies as well as shields for teammates. Not to mention his healing ability. Anyway, Xeniel is very complete for the size of the Tank hero!

Well, of course, you know great abilities must come with great responsibility too. This also applies to Xeniel. If you can't take on the role of a good tanker, Xeniel won't be useful because he really needs the presence of a teammate. His abilities are fairly special also need a very mature calculation. The thing is, his skills will be in vain if you can't use them properly. 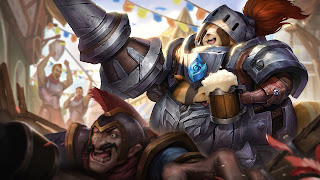 source image : lienquan.garena.vn
Hero Tank which can be support is now more trendy. Apart from being thick in blood, his ability to support his teammates makes him special. AOV has several Tank hybrid Support heroes that you can rely on in the match. One of them is a newcomer hero, TeeMee, who can act as a shield, initiator, as well as a 'babysitter'.

As a Tank hero, TeeMee has quite a lot of damage thanks to his skill burst damage. The combination of attacks is also enough to make the enemy hassle. Among other things, it was the Ulti skill that made TeeMee special compared to other Tank heroes. TeeMee can revive the closest friend hero who died in battle. This ability can certainly be very effective in the team and give a big advantage in the fight. 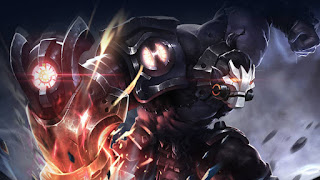 source image : ggwp.id
At AOV, Skud is mentioned as a hybrid Warrior and Tank hero. Skud will be very suitable for you offensive mental tankers. His blood isn't really as thick as a Tank hero in general. However, for the size of a Hero Fighter, his blood is thick enough to make it hard to die in battle. Not to mention the passive skills that make it able to regenerate blood and where the attack power is also relatively large for the size of the Hero Tank. The combination of skill that hurts and has the effect of crowd control (CC) also makes it feared in combat.

Unfortunately, you can't rely too much on your attack power to kill enemy heroes. The three active skills have quite a long cooldown. Skud brutality can also be overcome with enemy CC skills. He also depends too much on items if you want to make it builddamage. To maximize its ability, you can arrange items with build durability because the skill is sick enough to finish off the enemy. 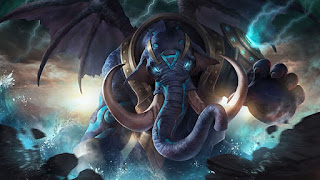 source image : aovpro.net
Another Hero Tank that can be Support. Compared to TeeMee or other Tank Hybrid Support heroes, Chaugnar has more defensive abilities. The attack power is indeed not a secret weapon for the team. buffs skill's and CCs that make this winged elephant-shaped hero special.

The specialty of Chaugnar is in his Ulti skill, Chaos Protection. When using it, Chaugnar can cancel CC effects from enemies such as stun or slow. Of course, this ability will be very useful in the team fight to turn things around. Indeed, the blood and its survival ability are somewhat lower than other Tank heroes considering their original role as Support. His presence will also be useless without the help of his teammate. However, nothing can replace his special ability to buff and launch the CC effect to the enemy.